At Krav Maga Academy San Diego, we believe in delivering the best Krav Maga in San Diego we believe in delivering a Krav Maga program that builds students from a sound foundation up. Many people see Krav Maga on the internet and see various techniques dealing with armed attackers as well as multiple attackers, techniques they see include pistol disarms, defenses against edged weapons, as well as very advanced techniques used against terrorists or active shooters. However, these are very specified techniques that are divorced from the realities of the most LIKELY confrontation.

At Krav Maga Academy San Diego our beginner level Krav Maga training cycle is focused exclusively on building the fundamental skills you will need to survive an actual violent encounter. We cover 8 grappling lessons, 8 striking lessons, and 8 lessons on self-defense techniques. This 24-lesson cycle repeats itself every 12 weeks giving students the best instruction in a solid combatives base.

We do not introduce any weapons or weapon defenses until the Krav Maga 2 curriculum. Our beginner’s cycle is focused on addressing the most basic skills and movements which will give you the broadest possible skill set to solve unscripted and unknown problems. The principle-based instruction is not focused on rote memorization of techniques or ‘katas’ but rather general skills that will translate to your long-term development.

Any realistic combatives or self-defense program should begin with a rigorous and repetitive instruction in the fundamentals. Accelerating students into unlikely or flashy scenarios will only lead to failure in the future. All successful combat sports begin in the same way, with a focus on the fundamentals of their given discipline, whatever it may be. Krav Maga is a mixed martial arts system so it must focus on all aspects of fighting, which means its fundamentals are broad, but the same logic applies, a strong foundation will lead to the strongest overall and long-term performance.

If you are training in Krav Maga and you are immediately learning various techniques, with specified defense to specific attacks, then you may be setting yourself up for failure. As fun or as exciting as it may be, long term development lies in an early focus on the basics of movement and principles of combat. Don’t be seduced by flashy techniques or promises of “special forces” training. Find a gym where you will be ushered through the fundamentals of grappling, striking, clinching, and self defense techniques against the most common attacks. 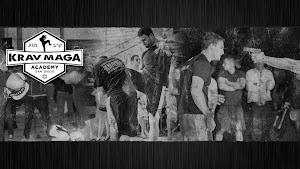